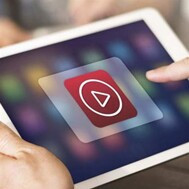 Micronutrients – all nutrients apart from protein fat and carbohydrates – can have a drastic impact on health and an important effect on growth, retinopathy of prematurity and brain development.

One study showed that adding iron drops from six weeks to six months of age significantly reduced behavioural problems at three years and the effect remained at seven. Beware, though, of the toxic effect of iron overload. Sodium supplements are often needed in preterms from day 4, when hyponatremia replaces hypernatremia due to sodium losses in urine. Hypophosphatemia is common in very low birth weight infants during the first week and is not a deficiency but a shift between fluid compartments. However late hypophosphatemia, common in VLBW infants after 4 weeks, is associated with osteopenia and a deficiency of phosphorous and calcium.

In this video, Magnus Domellöf talks about micronutrient intakes and health outcomes in preterm infants, including new ESPGHAN recommendations for some specific micronutrients.