The Latest Buzz about Heavy Metals, Infants, and Young Children 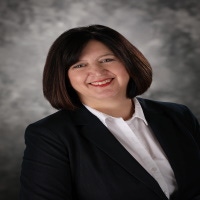 Authored by Jennifer Sample (MD), a board certified pediatrician and medical toxicologist.

Over the last few years, published reports document the presence of heavy metals in certain foods. This is of particular concern when these foods are consumed by infants and young children due to the potential effect of heavy metal exposure on neurological development even at low levels.  In April 2021,  the U.S. Food and Drug Administration (USFDA) announced their Closer To Zero Action Plan, detailing the actions they will take to reduce the amounts of heavy metals in foods eaten by infants and young children. Lead, mercury, cadmium and inorganic arsenic are the heavy metals targeted in the action plan.

The USFDA held a public meeting on November 18, 2021 that brought in experts to discuss important considerations  as the action plan moves forward.  Specifically, the panels discussed exposure to toxic elements found in foods and the role of nutrition during the first 1000 days, the most crucial time for growth and development.

Efforts have been made over the past 50 years to reduce heavy metal exposure from the diet.  This includes removing lead solder in cans and from gasoline which contaminated soil.  These efforts decreased the average exposure to lead in 1-3 year old children by 90%.  Similarly, inorganic arsenic levels in rice used in infant rice cereal and in apple juice has decreased in the last decade due to the efforts of the FDA, manufacturers, and the agricultural community.

According to the National Health and Nutrition Examination Survey (NHANES), 87% of the intake by children under 1 year of age (not breast fed infants) is food that is marketed to that age group.  Of that, 12.3% is from baby food with the remainder from infant formula.  Data from USFDA shows that 83.3% of lead in the diet of children under 1 year of age is from foods marketed to this age group.  As children reach 1 year of age and beyond, their diet is comprised primarily of foods the rest of the family is consuming which can also be sources of heavy metals.  These data illustrate the importance of a varied diet in assuring nutrient adequacy and minimizing heavy metal exposure.

The first panel of the public meeting spoke to the theme, “The impact of toxic element exposures at different crucial developmental stages for babies and young children.” 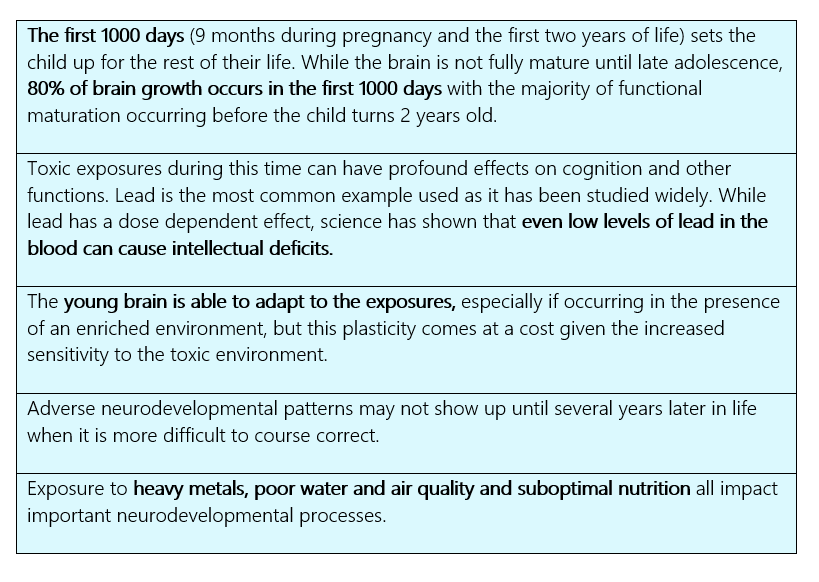 The second panel of the public meeting spoke to the theme, “Impacts of toxic element exposure and nutrition at different developmental stages”. 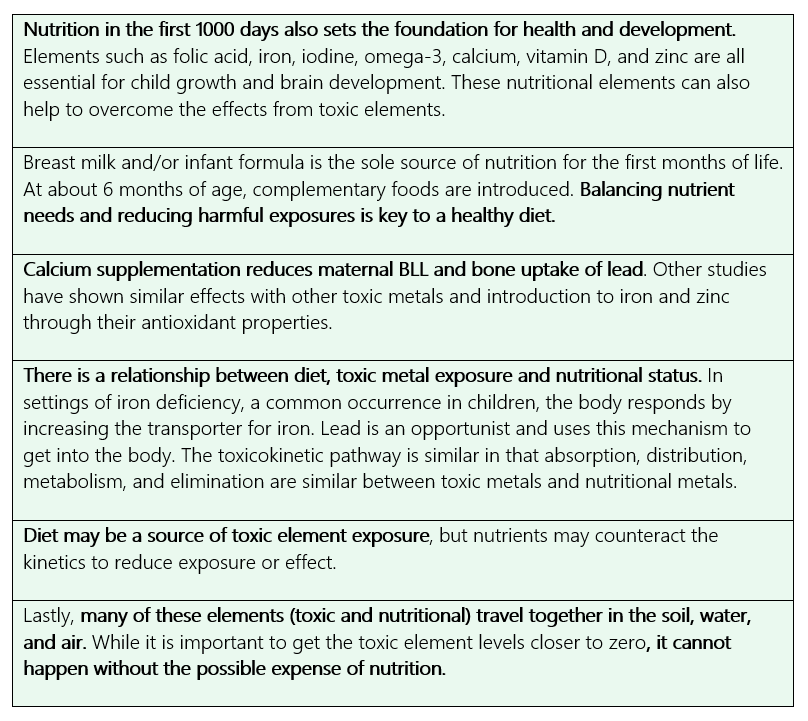 Ideally, toxic elements would be absent from foods, but there are practical considerations.  Fruits, vegetables and grains take up heavy metals from the soil and water as they grow.  As one of the best ways to manage exposure is with a varied diet, FDA and partners have begun a consumer information plan to promote a varied diet for all people but, specifically, young children.