This open-label, non-randomized, single-intervention, multi-centre trial was conducted at 6 paediatric sites in Australia. Full-term infants aged 1–8 months with moderate-to-severe CMPA who had failed a trial of extensively hydrolysed formula (EHF) or rice-based formula (RBF), and those who required AAF as first-line treatment, were enrolled. Study formula was an AAF supplemented with two HMO, 2’fucosyl-lactose (2’FL) and lacto-N-neotetraose (LNnT). Infants were given the formula for 4 months (principal study period) and continued up to 12 months of age, as required. Infants received a cow’s milk protein-free, complementary diet from 4–6 months. Weight, length and head circumference were measured monthly from enrolment (V0) to the 4-month follow-up (V4), as well as at 12 months of age (V5). Weight-for-age, length-for-age and head circumference-for age Z-scores (WAZ, HAZ, HCAZ) were calculated based on the WHO growth reference, and summary statistics provided for each timepoint. Tolerance and safety were assessed based on adverse events reporting throughout the trial.

Infants with moderate-to-severe CMPA fed the study formula with two HMO achieved normal growth, with some catch-up growth. Apart from a small number of non-serious gastrointestinal AE, the formula was tolerated well and had an excellent safety profile. 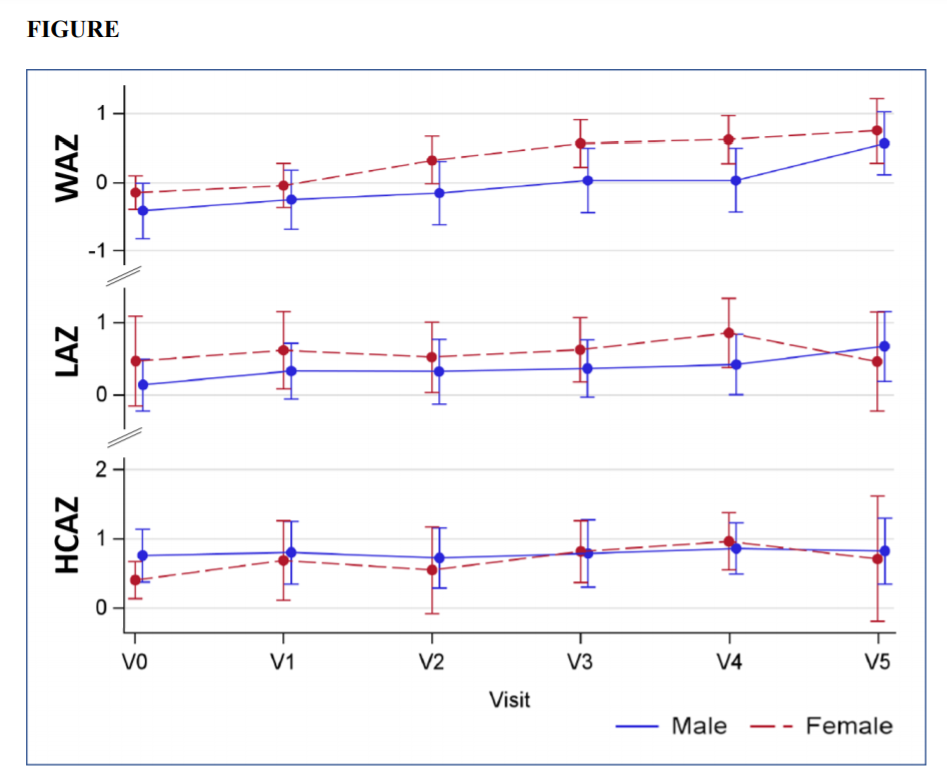