In this blog Rob Knight explains that it is now possible to identify whether a person is lean or obese just by looking at the bacteria in the gut. However it is not the easiest way to see this, what is more interesting is that the human genome is also capable to tell if a person might become lean or obese in the future.

In this blog Rob Knight explains that it is now possible to identify whether a person is lean or obese just by looking at the bacteria in the gut. However it is not the easiest way to see this, what is more interesting is that the human genome is also capable to tell if a person might become lean or obese in the future.

It is quite remarkable that we can now tell whether a person is lean or obese just by looking at the bacteria in their stool. Of course, that’s not much use to the individual when a much older and cheaper test of obesity exists – yes, I’m talking about mirrors. Where this starts to get quite interesting is that the technology has advanced far enough such that sequencing of stool bacteria can discriminate between so-called ‘benign obesity’ (that is, obesity with no apparent metabolic effects) and the type of obesity associated with diabetes and other metabolic diseases. The real holy grail, though, is prevention of obesity. There is real excitement about the possibility that gut microbes will be able to tell us not just whether we are obese right now, which we probably already know, but also whether we will become obese in the future and what we can do to prevent that.

Getting to the guts of the matter

What if the perceived obesity epidemic is truly an epidemic? We would expect the type and numbers of gut microbes to differ between lean and obese individuals, and for changes in weight gain to correlate with changes in gut microbes. In this scenario, we could potentially prevent obesity by altering weight gain through manipulation of microbial diversity in the gut. We’ve been able to show in mouse models of obesity that not only can we predict the type of obesity a mouse will develop, but also that it is possible to transfer characteristics related to obesity from a human to a mouse through gut microbe transplantation [Ridaura et al. Science 2013]. If we can translate our findings in mice into humans, transplantation of defined microbe communities designed to protect against obesity may have real clinical advantages. You don’t have to be an expert to imagine how exciting it would be to be able to develop personalised medicine based not on the human genome, in which we are all 99.9% identical, but on the gut microbiota, in which we can differ by as much as 90%. 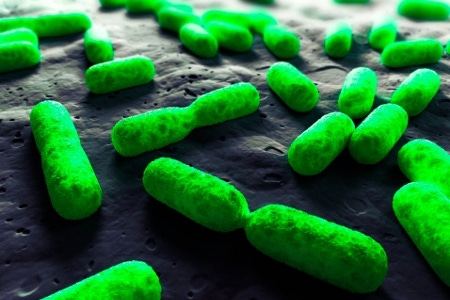 Our diet as all-you-can-eat data

What does nutrition have to do with this? Rather a lot, as it happens. It doesn’t matter whether you are mouse or human, your long-term diet has an effect on your gut microbial persity second only in importance to development in the first few years of life [Xu & Knight 2015]. In contrast, it seems that short-term diet has relatively little effect, and in most cases you would expect your gut microbiota to bounce back very quickly. The fascinating question, though, is whether such a blip would leave a permanent record. We can imagine the overall human microbiome as a sort of video camera recording a continuous picture. We already know that it keeps a track of where you go and who you have contact with, as well as your long-term diet. It’s quite possible that transient phases of over- or undernutrition might leave a permanent trace. With a hundred trillion cells, each with a genome of a few million bases, the gut can contain an awful lot of information!

Epigenetic studies support the notion that as we change our bacteria, our bacteria in turn are changing us. In terms of early nutrition, it stands to reason that this may be a critical determinant of health in later life. Most of our macronutrient needs at a young age were worked out many decades ago. What we’re now starting to figure out are the more subtle ways in which we can optimise nutrition in infants to preserve immune health as well as contribute to growth.