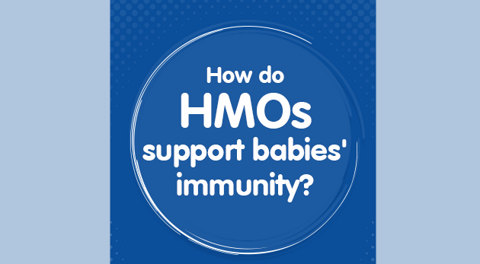 How do HMOs support the immunity of babies? 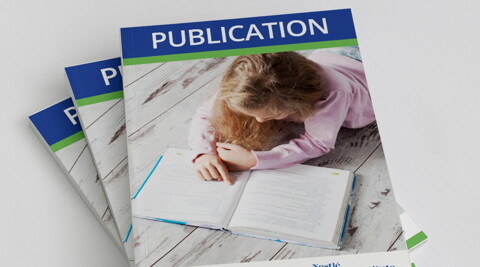 HMOs: A window of opportunity or a weapon in strengthening immunity

Human milk oligosaccharides (HMOs) are a group of complex carbohydrates that are highly abundant in human milk and contribute to shaping the infant’s gut microbiome and immune system for immediate and long-term health benefits. HMOs are the 3rd largest solid component of human milk and over 200 HMOs have been identified so far. 2’FL and LNnT are among the most studied HMOs with clinical evidence to support immunity and the developing microbiome, but latest research on additional HMOs show promise in expanded benefits on gut, immune, brain and bone health.

Effects of Milk Osteopontin on Intestine, Neurodevelopment, and Immunity

Osteopontin (OPN) is an acidic phosphorylated glycoprotein. It is a multifunctional protein which is involved in cell proliferation and differ- entiation, biomineralization, immunomodulatory activities, and myelina- tion. OPN contains integrin and CD44 receptor binding sites, and it exerts its pleiotropic functions by binding to its receptors on the cell membrane and triggering cellular signaling pathways. OPN is expressed in various cell types, such as epithelial cells and immune cells, and it is found in most
body fluids, including milk and blood. It is present at increased concentration in human milk, but not in cow milk and infant formula. Milk OPN is relatively resistant to gastrointestinal digestion, and it may, therefore, contribute to intestinal development. Additionally, orally ingested OPN appears in the circulatory system, which suggests that milk OPN exerts its multiple functions also systemically (Fig. 1).

Milk OPN is commercially available since methods to isolate OPN from cow milk have been established. Bioactivities of milk OPN were investigated using cell lines, animal models, and randomized clinical trials, and the results from these studies demonstrated that there are three major functions of milk OPN in early life. First, milk OPN contributes to intestinal proliferation and maturation. It stimulates proliferation, differentiation, and immunity of human intestinal epithelial cells [1]. In a study in rhesus monkeys, monkey infants fed formula supplemented with bovine milk OPN for 3 months exhibited a transcriptome more similar to the breastfed group, and OPN upregulated genes involved in cell proliferation, migration, survival, and signaling pathways from integrin and CD44 receptors [2]. Second, milk OPN promotes neurodevelopment in early infancy. It was shown that OPN is abundantly present in
the brain and regulated brain myelination. In an established OPN mouse model, wild-type mouse pups nursed by wild-type or OPN knockout dams received milk with abundant OPN or no OPN. The orally ingested milk OPN upregulated endogenous OPN in the brain and thus promoted proliferation and differentiation of NG-2 glia into oligodendrocytes.

In conclusion, milk OPN plays important roles in the development
of the intestine, brain, and immunity. 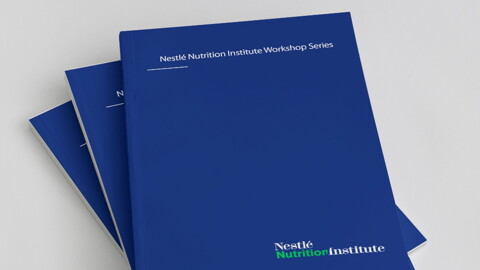 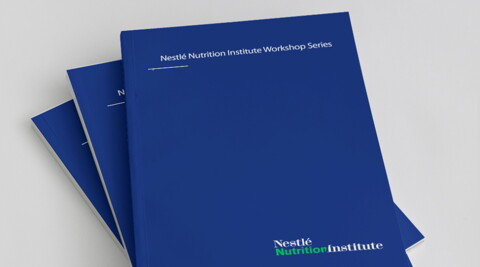 NNIW94 - Milk, Mucosal Immunity & the Microbiome: Impact on the Neonate

Lactation is a defining characteristic of all mammals, and, indeed, mammals draw their name from mammae, or mammary glands. The evolution of mammary glands has been the subject of debate since Charles Darwin.

Effects of Milk Secretory Immunoglobulin A on the Commensal Microbiota

Breast milk contains many components capable of modifying the infant intestinal microbiota, including antimicrobial peptides and bio- active proteins like lactoferrin and lysozyme, oligosaccharides that feed commensal bacteria and provide pathogen decoys, and a high concentration of secretory IgA (SIgA), the primary mucosal antibody responsible for pathogen exclusion at mucosal surfaces. Milk SIgA is derived from a diverse pool of intestinally induced plasma cells homing to the lactating
mammary gland. This antibody repertoire is varied, with evidence of both naturally polyreactive and antigen-specific monoclonal immunoglobulins with capacity to bind to enteric pathogens like Campylobacter, but also to cross-react with general microbial- and self-antigens [1]. This cross-reactivity may be due to both a low-affinity maturation of some milk immunoglobulins or to the glycan heterogeneity on the SIgA glycoprotein. Milk SIgA is heavily glycosylated with O- and N-linked glycans that bind to
select commensals promoting mucosal localization and increasing their
colonization potential in the infant gut (Fig. 1).

Recent data from Nakajima et al. [2] suggest that antigen-independent binding of commensal bacteria can occur while the immunoglobulin is bound to its cognate antigen in a process termed “bystander effect.” Studies provide evidence that nonspecific binding of SIgA promotes colonization of the commensal bacteria in a unique mucosal niche in the intestine, reducing competition within the complex microbiota and providingbenefit to the host. In a mouse model, nonspecific SIgA binding of commensals reduced dextran sulfate sodium-induced colitis whereas both the absence of SIgA in IgA-deficient mice and the absence of polysaccharide
production in commensals responsible for the IgA association failed to protect the mouse from the development of colitis [3]. In vitro, nonspecific SIgA binding to commensals reduced the induction of proinflammatory cytokines and increased the expression of tight junction binding


proteins in mammalian colonocytes when the bacteria were added to the cell culture [4]. Our research group has shown that polymeric milk SIgA binding to select commensals protects them from intestinal proteolysis in vitro. In addition, Moor et al. [5] demonstrated the ability of targeted SIgA to remain bound to the bacterial surface throughout the process of cell division in their model of enchained growth. Taken together, milk SIgA may retain antipathogenic protective functions with Fab-dependent
high-affinity interactions while concurrently maintaining homeostatic commensal colonization in the infant intestinal mucosa through glycan or nonspecific binding that promotes exopolysaccharide production and niche partitioning. These studies and others demonstrate the complex utility of milk SIgA in shaping the intestinal microbiota in the infant, both in the protection from pathogens and in the promotion of commensal
colonization.